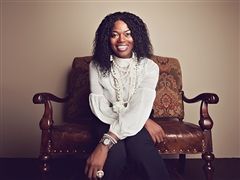 Mary Spio executive produced the Bob Marley 75th Anniversary Celebration Virtual Reality Experience and Livestream which is currently the #1 Livestream on Facebook. Spio holds several patents in real-time streaming and virtual reality technologies. Mary Spio is an accomplished novelist (A Song for Carmine) and Bestselling author of It’s Not Rocket Science: 7 Game-Changing Traits for Achieving Uncommon Success (Penguin Books), in which she shares inspirational stories to spur readers to move beyond their comfort zones into creating impact and significance through technology ventures. Spio has been featured in Fortune, Wall Street Journal, Forbes, Rolling Stone, Billboard and named history maker by NBC News alongside Oprah and Lebron James and Entrepreneur Magazine’s Power Women 100.
Back