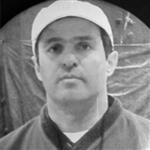 Served as head men’s Lacrosse coach from 1987 to 2003, with a career record of 236-72....coached team to 7 State Championships, including 4 runner-up finishes...coached in the state championship game in 11 of his 17 years as coach...two-time Illinois Coach of the Year (1991, 1996)...coached the 1999 and 2002 teams to undefeated seasons in Illinois...coached 13 All-Americans while sending 37 players on to play NCAA Lacrosse...coached Loyola Youth Lacrosse for over 6 years.
Back