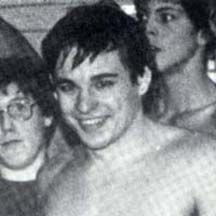 Mark Menis was undeniably one of the most talented and successful water polo player ever to play the game for Loyola Academy. It was his ability to play, and his ability to lead which gave the Ramblers their first and only state water polo championship in 1978. It is most fitting that he be the first water polo player to be inducted into the Loyola Academy Hall of Fame. Mark was introduced to the game when he was nine years old through swimming coach Terry Townsend. He become the first player ever to start and letter for the varsity team in 1976. By his sophomore year, Mark was named to the first all-state team. It was during his junior and senior years that Mark convinced every player on the team to sign up and play in year round park district leagues to improve their skills. His desire to win captured the imaginations of every player on the 1978 team, culminating in 19 wins and only one loss, overcoming perennial favorite Fenwick High School. Mark was named the Illinois High School Water Polo Player Of the Year; named to the first team All-State Team for the third consecutive year; named an All-American for his second consecutive year; and was the first water polo player in Loyola history to receive his fourth varsity letter in four years. Mark went on to captain the Loyola University swimming and water polo teams in 1982 and 1983, playing on three Loyola teams in the Elite Eight National Finals and was named to the NCAA All-American Team. During his college summer years, he represented the North in three National Sports Festival Tournaments and was designated a U.S.A. Water Polo All-American.
Back