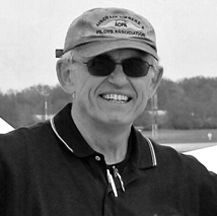 In the fall of 1964, chemistry teacher Les Sendy, a Hungarian refugee who had fled his native country after the 1956 Soviet invasion, brought soccer to Loyola Academy. Spotting a skinny sophomore placekicker trying to earn a spot on the varsity football team, Mr. Sendy, with his memorably thick accent, walked over and invited him to join his newly formed team. The rest, as they say, is history. Forty-five years later, in recognition of a luminous high school, collegiate, and post-collegiate career, Robert B. Hamilton becomes the first Loyola soccer player from those heady, early days to be inducted into the Athletic Hall of Fame. Undeniably among the greatest soccer players in Academy history, Bob took Loyola soccer on his back in its infancy and, through brilliant play and charismatic leadership, nurtured it through the rough patches. Armed with impressive speed, commanding field vision, and matchless anticipation, Bob dominated play on both offense and defense from his center midfield position. Though a prolific scorer (seventy-four career goals, including a stunning twenty-five consecutive penalty shots), Bob influenced play most profoundly as the consummate field general organizing both the offense attack and the defensive set, directing the transition game, running the show. In addition to his undoubted talent as a scorer, he was superb in the passing game, a deft setup man who racked up far more career assists than goals. As a defender, he had few peers, usually using the defensive stop as an opportunity to go on the attack. He was at his best in the clutch, a cool customer of unusual maturity. Above all, the two-time Loyola captain proved himself an extraordinary team leader, the best athlete on the field who nonetheless inspired his running mates with his patience and his selflessness. Bob was a two-time selection to the Chicagoland High School Soccer League All-State team (1966, 1967), touring the Midwest with the team during the summer. Playing center forward, he served as captain of the 1967 All-State team in his senior year while leading the team in scoring. Bob played four years with the University of Detroit as a midfielder, serving as captain for his last three seasons. At Detroit, he also did stints on the hockey team and as a kicker for the football team. Following his freshman and sophomore seasons at Detroit, Bob spent his summers playing professional soccer as an unpaid college amateur on the Chicago Mustangs. In 1971 he was nominated to participate in tryouts for the combined 1971 U.S. Pan-American team and 1972 U.S. Olympic team, eventually making the cut from the initial 350 nominees down to the final forty-four. After a three-year hitch in the Army, Bob returned to Chicago in 1974 and played six seasons as one of the top scorers with Hansa-Fortuna United in the National Soccer League's First Division to close his competitive career. Bob earned a B.S. in civil engineering from the University of Detroit in 1972, an M.S. in environmental engineering from the University of Illinois in 1973, and an M.B.A. from Lake Forest College in 1984.
Back