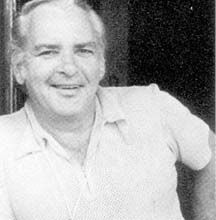 Nicknamed "the Silver Fox" by his colleagues, William L. Gleason steered Loyola's basketball fortunes to its first and only Elite Eight appearance in the 1975-1976 state tournament in Champaign. Despite a quarterfinal overtime loss to Oak Park, the game captured the Bill Gleason blueprint for success: structured offense; hard-nosed, stingy defense; and team play over individual concerns. After coaching stints at St. Gregory and St. Benedict's, Bill landed the head-coaching position at DePaul Academy, which he led to the CCL championships and the 1967 City championship. In 1968, Loyola Academy, itself in need of a head coach, tapped Bill to pilot its Lightweight and Heavyweight teams. Through 1980, the Ramblers basked in the glow of Bill's handiwork, winning the Catholic League North championship five times, reaching the League finals twice, capturing a regional championship (1980), and in the 1975-1976 season, attaining a 23-9 mark and a Final Eight slot. His efforts earned him lofty recognition - witness Bill's Chicago Catholic League and Illinois Basketball Coaches' Association Hall of Fame inductions. Eventually, the professional ranks called, and Bill inked a contract with the Chicago Hustle of the Women's Professional Basketball Association. He would soon find a happy medium between prep and pro when he accepted assistant coaching jobs at Tennessee-Chattanooga, Morehead State, and New Orleans.
Back