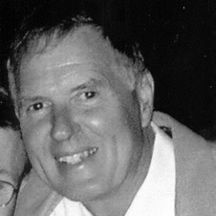 A pioneer in the establishment of boys' volleyball in the Chicago Catholic League and in the state of Illinois, Robert J. Erlenbaugh built Loyola Academy's first program from scratch, nurturing it over a ten-year period into a North Shore powerhouse. In 1989, Illinois high school volleyball was in its infancy, with a sprinkling of club teams playing loosely organized games and tournaments here and there in the Chicago area. Onto this stage stepped Bob Erlenbaugh, whose passion for the game and for young people inspired in him a hope for something better. He began to seek ways to grow the sport at the high school level. With enormous help from his brother, the late Chuck Erlenbaugh (Hall of Fame, 2001), Bob opened his first practice at Loyola in the early spring of 1989. Eighteen years of coaching volleyball at St. Timothy Grammar School had given him a good eye for talent. He was seeking a few good athletes, especially freshmen, who were willing to learn the game and commit to a team. Once he had his first group, he began to shape it into a team, a team built according to his own philosophical approach to the game. A firm proponent of the defensive game, Bob drilled his team relentlessly in the fundamentals of team volleyball. His practices, though in design characterized by a sense of fun, seldom allowed for his athletes to simply play volleyball. Instead, they drilled incessantly. Dig drills, blocking drills, serve-and-receive drillsÑfor Bob, repetition was the only road to excellence. Winning came early and often. Bob's luminous ten-year career record of 235-71 includes five straight CCL titles (1992-96), nine successive Regional titles (1990-98), and three Sectional championships (1990, 1991, 1994). In Chicago Catholic League play, his Loyola teams strung together a 69-game winning streak while compiling a 96-6 record, and, in the process, Loyola became the first CCL school to reach the Elite Eight. Along the way, Bob coached five First Team All-State players in his decade at the Loyola volleyball helm. A two-time Lawless Coach of the Year selection (1992, 1998) and the first volleyball inductee in the Chicago Catholic League Hall of Fame (2006), Bob has presided over a record of achievement as remarkable as it is indisputable. He coupled a technical mastery of the game with a rare ability to motivate players toward the attainment of communal goals, a combination that proved critical to his visionary efforts to elevate the status and stature of Loyola volleyball. A true gentleman and a sportsman, Bob has always carried himself with quiet dignity and integrity. His players, fellow coaches, and friends know a man of great warmth, compassion, and good humor, a mentor and a friend to the young men entrusted to him. Bob is a graduate of St. George High School and Loyola University.
Back