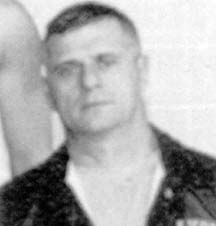 At the conclusion of each season, the Illinois High School Water Polo Association presents an award to the top performing Senior Water Polo Athlete. The award signifies the athlete's talent, perseverance, sportsmanship, and dedication to the sport of water polo. It is called the Philip J. Stelnicki Award. It bears witness to a coaching legend. Phil grew up in Chicago, and in 1944, at the height of World War II, entered the Army. After a year stationed on Attu Island in the Aleutians, he returned stateside to stints as an instructor at the Infantry School at Fort Blanding, Florida and the Tank School at Fort Knox, Kentucky. Completing his hitch in the Army in 1948, he entered DePaul University, where he captained the swimming team. In 1950, while earning his bachelor of science degree from DePaul, he began his fifty-year odyssey in coaching the youth and adults of Chicago and beyond. His expertise extended to all areas of water activity, be it swimming and diving, scuba diving, boating, lifeguarding, and, of course, water polo. From 1950 to 1968, Phil worked with the Chicago Park District as an instructor in its numerous water-related programs. In 1958, he launched his legendary high school career when he took the head swimming and water polo job at Weber. In 1963, he moved on to Fenwick to assist (Dan O'Brien) in swimming and to take over the water polo program. There he enjoyed tremendous success until 1968 when, upon the retirement of another legend, Dick Shiman, Phil came to Loyola to head the water polo and swimming teams, and to teach physical education (many a student will recall the always memorable Stelnicki PE swimming sessions). His eighteen years at the Academy produced an enviable record of accomplishment. A Catholic League powerhouse, along with rival Fenwick, Stelnicki's Ramblers became dominant players in the Illinois water polo game. In a ten-year stretch from 1977 to 1986, his teams placed in the top three at the State meet a remarkable eight times. Four second place finishes (1977, 1982, 1985, 1986) and three third places (1976, 1981, 1984) were trumped by the State championship run of 1978, the year in which he was named IHSA Water Polo Coach of the Year. His swimming record as Loyola's head and assistant coach was equally accomplished, with a second (1971) and a third (1970) a the National Catholic meet, two Catholic League titles (1976, 1977), and three fifth place finishes at the State meet (1975, 1977, 1985) to his credit. He coached numerous All-State and All-American athletes in both water polo and swimming. Phil developed a national reputation in water polo, and is a former chair of the National Water Polo Committee's Central Region. He is a member of the Illinois Water Polo Hall of Fame.
Back