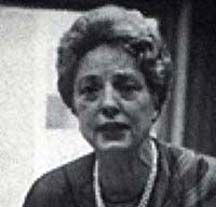 Jean Wolf Corby left behind an indelible mark on the history of Loyola Academy. Her twenty-five years of service, most of them as Director of Special Events, were instrumental to the growth and enrichment of Loyola's academic and athletic programs. Starting out as a secretary to President Reinke in 1964, she later became director of the Ramble at its inception, building it into the top private school fundraising event in the country. Under Jean's steady leadership, an astonishing amount of fundraising supported the Academy and its programs. With her guidance, the Ramble drew hundreds of parents, alums and friends each year and was imitated by thousands of schools across the country. In remembering Jean Corby, former Loyola president Larry Reuter, S.J., who worked closely with her, spoke of a woman whose "enthusiasm was so contagious you found a way to pitch in with total strangers for a good cause...usually one that had the education and growth of young people as its focus." After 25 President's Dinners, 20 Rambles and three capital campaigns, she retired from Loyola in 1989 but continued to volunteer her time and talent to other schools and organizations. Few schools are blessed by the work of a single person who leaves such a living legacy behind. Jean took Father Reinke's idea of a fund raiser, molded it, nourished it with hard work, determination and endless love, and, as Father Reuter explained, "anchored it all in her strong faith and her tangible love of God." Jean is survived by her husband Fran '38, two daughters, three sons and 14 grandchildren. Her son Bob Ô64, was inducted into the Hall of Fame in 1985, while husband Fran joined her in the Hall of Fame in 2003.
Back