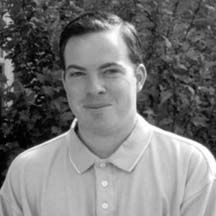 A player who successfully coupled aggressive shot-making and brilliant course management, John D. Ciegelski was a dominant figure in Chicago Catholic League and Illinois golf from 1989 through 1991. His game was defined by superb ball-stroking skills, an accurate driver, precision iron play, and a feathery touch around the greens. He was the complete player. Inspired by the mental challenge of the game as much as by the physical, John devoted himself to the game in a single-minded fashion. His disciplined approach to practice, with many hours of solitary work on the range, led to a remarkable three-year run. The record is indeed impressive. John captured two straight individual Catholic League titles (1989, 90) and a second place (1991) while leading Loyola to three successive League crowns. As captain during his senior campaign in 1991, he took the Ramblers to a runner-up finish in the State championship meet, while posting a second-place total individually. John was ranked among the top ten prep golfers in Illinois for three years running, highlighted by his selection as Illinois Junior Golfer of the Year in 1990. During the 1991 season he was ranked among the Top 100 junior golfers in America, and he qualified for and played in several prestigious national tournaments. In his prep career John recorded seven tournament titles, eighteen top three finishes, and thirty-three top ten finishes. Upon graduation from Loyola, John chose to attend Xavier University from among the many college programs that sought his services. There he played on a four-year scholarship while earning his B.A. and later his M.S. degrees. After college, he embarked on a career in golf management.
Back