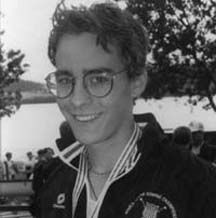 Ted was a member of the Loyola Academy Crew team that won the Midwest High School Rowing Championship four consecutive years 1990, 1991, 1992, and 1993. In October 1992 he was on the Loyola team that captured first place in the High School/Youth Division of the largest fall rowing event in the world, the Head of the Charles Regatta in Boston. In 1993 Ted was invited to try out for the United States Jr. National Rowing Team which trained from June until August in California before competing at the 1993 World Rowing Championships held in Oslo, Norway. Ted rowed in the US 8+ which captured a bronze medal finishing behind Germany and Russia. After graduation from Loyola, Ted went on to Princeton University where he became a member of the varsity men's heavyweight crew.
Back