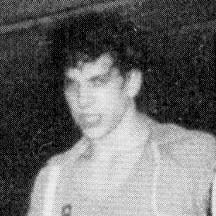 Possessing a sometimes lethal combination of strength, quickness, and fierce determination, Frederick P. Battaglia willed himself to become one of the finest big-match wrestlers in Loyola mat history. A three-letter man wrestling at 167 pounds, Fred produced a superb junior and an historic senior season. Most definitive were his clutch performances in the critical, end-of-season meets, where nerves and the fear of failure doom many an athlete. It was at these moments that, though sheer guts, drive, and character, Fred elevated his game. He closed his junior season by staking claim to the 1977 Catholic League title, a feat which he repeated in 1978 when, as senior captain, he again took the Catholic League crown, this time while leading the Rambler grapplers to a solid second place. It was in that senior campaign that Fred demonstrated his Hall of Fame credentials. One week after the league meet, he captured the IHSA District title, followed thereafter by a third place at the IHSA Sectionals. In doing so, he automatically qualified for the State finals, making him one of the first Loyola wrestlers to qualify since the Catholic schools entered state competition four years prior. Upon graduation from Loyola, Fred entered North Park College and shifted his focus away from the mat to the gridiron. His football career at North Park was nothing short of remarkable. He was an immediate starter at defensive end, lettering four times and serving as co-captain his final year. The conference Rookie of the Year award at the conclusion of his freshman year was the first in a steady stream of honors recognizing Fred's on-the-field excellence, capped in his senior season by his team's Most Valuable Award, his selection to the College Conference of Illinois and Wisconsin's First Team Defense, and his designation as co-Defensive Player of the Year. Confirmation of a superb career came with his induction into the North Park College Hall of Fame.
Back