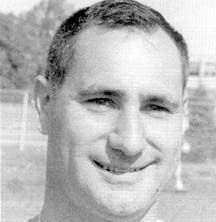 Frank Amato has been the Loyola Academy track and field coach since 1967. The 2001 season marked Coach Amato's 34th year coaching the Rambler track teams. During the 1970-1974 seasons, Frank's teams were undefeated in 65 consecutive outdoor meets. He has won 25 Chicago Catholic League Conference championships and, since Loyola became co-educational in 1995, has coached the girls' track team to 5 outdoor GCAC Conference championships. Frank is a member of the Chicago Catholic League Coaches' Hall of Fame and the Illinois State Track and Field Coaches' Hall of Fame.
Back