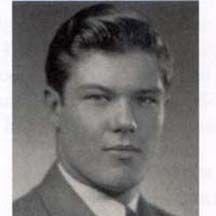 Bob Skoglund was an honor student, Vice-President of his senior class, and captain of the 1942 football team. He went on to star at Notre Dame and then, shortly after joining the Green Bay Packers, died in 1949 of a rare disease. Each year since then, Loyola has presented the Robert W. Skoglund Award to that member of the football team selected the most outstanding in the classroom and on the athletic field. The Skoglund Award was created through the generosity of Bob's classmates, teammates, and friends from Loyola Academy, Notre Dame University, and the Green Bay Packers.
Back