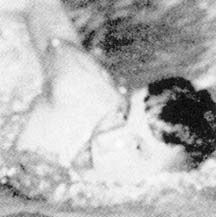 First at Loyola Academy and then at Loyola University, John B. Oldershaw left a record of accomplishment in his wake that ranks him among the greatest swimmers in Rambler history. Competing for the Academy from 1947 to 1950, John demonstrated his versatility as he swam in the freestyle and individual medley races as well as the relays. It was the freestyle sprints, however, which proved his forte. In his senior season of 1950, John claimed the Chicago Catholic League crown in the 200 yard freestyle, establishing a new league record of 2:11.6 in the process. The senior co-captain added a Most Valuable Swimmer award to go along with the coveted Blood, Sweat, and Tears award, given annually to the most dedicated, hard-working, team-oriented Rambler swimmer. Upon leaving Dumbach Hall, John entered Loyola University on an athletic scholarship and the records kept falling. In 1952, at the Midwest Championships, he established new school records in the 50 yard and 100 yard freestyle, with times of 23.2 and 53.5 respectively. The recipient of the team's Most Valuable Swimmer award in both 1952 and 1953, John was elected to Loyola University's Hall of Fame in 1975. John's academic achievements and service to his country outshine even his outstanding swimming records. From Loyola John received a B.S. in 1955, an M.D. in 1957, and an M.S. in 1967. John served in the U.S. Navy from 1956-1979 as a flight surgeon and neurosurgeon, including Vietnam duty in 1967 and 1968. He retired in 1979 as a Captain. From 1979 to 1998, he was on the staff of Cook County Hospital, where he was Chief of Neurosurgery from 1981-1987. In 1990, he graduated from John Marshall Law school, and was admitted to the Illinois Bar in 1991. He added a master's in Law from DePaul in 1994.
Back