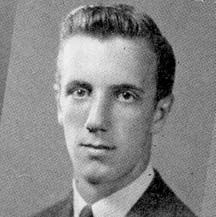 When he arrived in South Bend in 1964 to resurrect Notre Dame's moribund basketball program, Johnny Dee promised that within 4 years his team would be able to play with anyone, anywhere. His prediction proved true. In 1967, John's team began a four-year run at greatness, winning 83 games, and appearing in post-season tournaments 4 times. His last Notre Dame team finished its season ranked 5th in the nation and featured the 1971 NCAA Player of the Year. At Loyola, John was a 3-sport man and led the Basketball Heavies to the North Section Championship. He coached the University of Alabama to its first Southeastern Conference title in 1956, and in doing so, became the first coach in history to see his team score more than 100 points against Adolf Rupp. Of all his athletic achievements, John Dee is proudest of the fact that every one of his college recruits received a degree.
Back