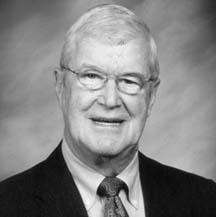 Some say that sport builds character. Others counter that sport reveals it. Perhaps both are right. And perhaps few sports test one's character more than does boxing. Boxing is the elemental sport simple, pure, man against man, nowhere to hide. Square-jawed, hard-hitting Edward J. Culhane personified the no-nonsense style of the Loyola boxing program of the late 30's, and the 40's, establishing himself as one of the Academy's finest pugilists and toughest competitors during the early years of the Second World War. Nicknamed "Killer" Culhane for his unrelenting, attacking style, Ed never lost a match in his high school career. Known for a lightning left jab and a punishing right, he became a feared opponent on the Chicagoland high school boxing circuit that stretched from Wisconsin into Indiana. He began boxing at Loyola as a ninety-five pound freshman, and by his sophomore year emerged as the most promising young boxer in the Academy's program. By his junior year, at 140 pounds, he was the outstanding junior on the state championship team of 1942. Ed was named team captain for his senior season of 1943, a season that was shortened due to wartime transportation problems. Ed's team rolled to an undefeated 5 and 0 season and a fifth consecutive state crown. However, Ed, after winning his first three matches in his characteristic hard-nosed, punishing style, left Loyola early for college, military training, and the Second World War. Ed joined the Navy in 1943, where he continued to box while serving as a radio operator in the South Pacific -- on the U.S.S. Denver. After the war, Ed returned to Chicago and attended Loyola University, earning a B.S. in Business Administration in 1949. He is the retired owner of Culhane Carpet Company.
Back